How I Saved My Potato Sack With A Zip 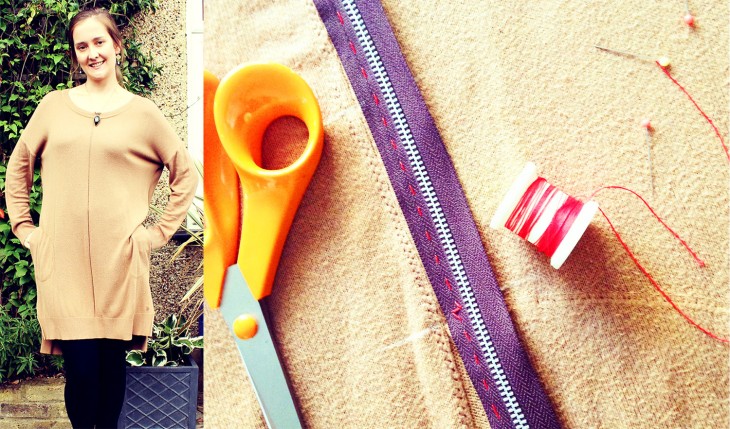 You may remember a few years ago the baggy dress look was in. A few months ago, however, I had two comments on separate occasions from my boyfriend, James, and my sister, that this was no longer a cool look and I did in fact look like I was wearing a potato sack.

While I am pleased they said something, because I’m often the last to know when something looks horrendous, I was disappointed to lose one of my favourite go-to, comfy outfits.  So to the back of my wardrobe it went and has been sitting for the last few months.

The dress is pretty tired, so I doubt it would go far in a charity shop.  And you know that I hate to throw things away unless completely necessary, so I decided I would try and save my once loved potato sack!

It was when I was researching what I should be making this Autumn (to avoid any further potato sack disasters), that I came across this image of sewing a zip into knitting: 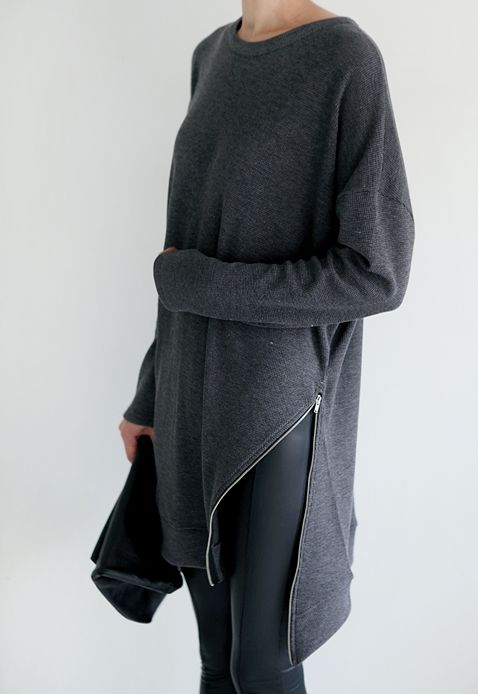 And thought “Wow”, what a cool way to update a sack dress…  So I thought I’d give it a try!

Sewing A Zip Into Knitting

Now, this might look simple, but it’s actually quite a technically tricky thing to do – particularly with a stretch fabric and especially with pockets to navigate around.  I decided I’d make a feature of the pocket and hide it inside my zip – so you can only put your hand in when the zip is open.  If you’re not up for making a concealed zip, I could have easily made this a fully exposed, appliqué zip, but I didn’t think it would look as “finished” in this case, and would also have had trouble finishing it neatly with the end up under the arm. 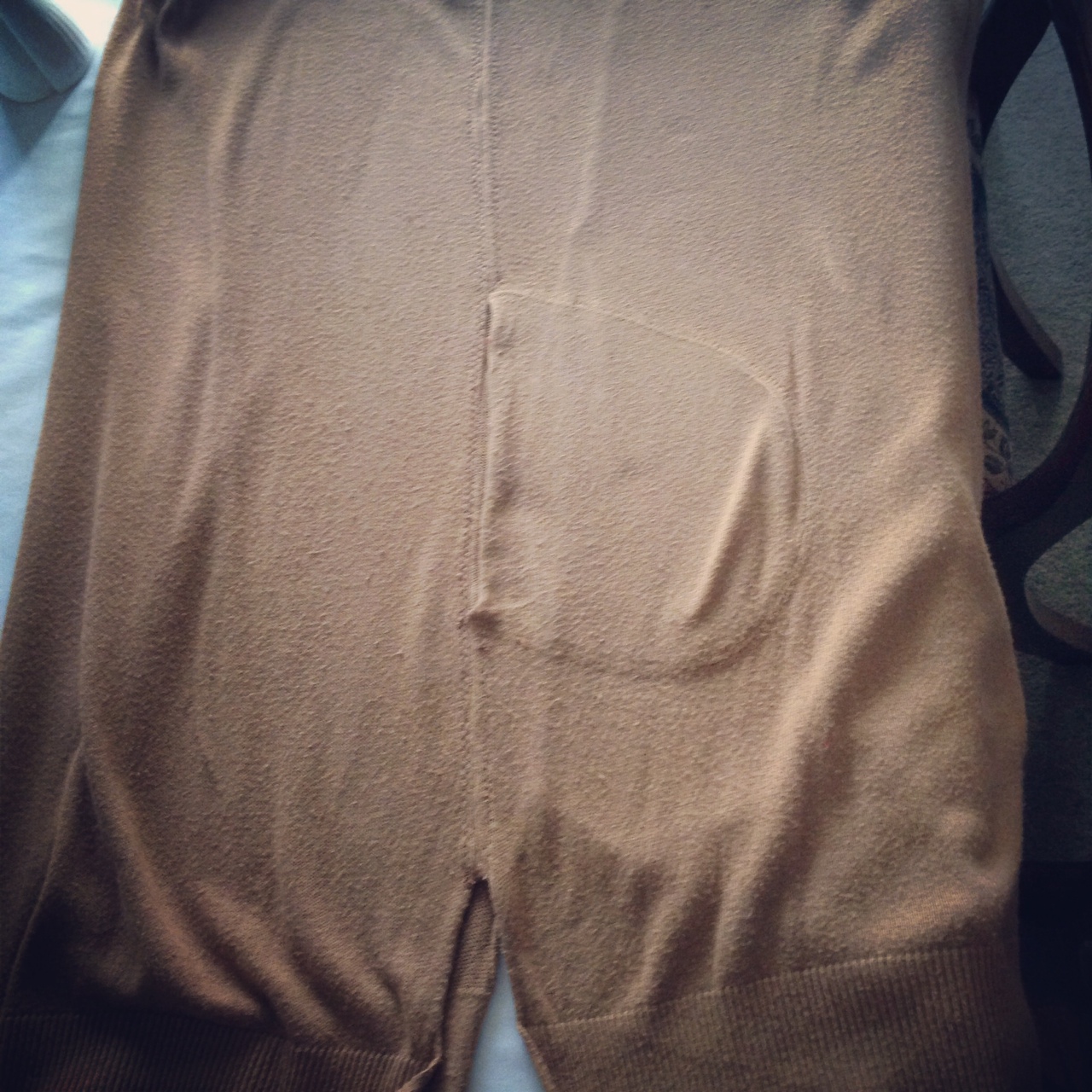 With something like this, it’s always best to go tacking overboard. So I started by pinning and tacking the zip to the trickier pocket-side first.  This made it easier to sew up to the pocket line and then inside the pocket (otherwise I would have sewn the pocket shut entirely).  I also took the opportunity to make big chalk marks from one side to the other, so that I could be sure to match both sides up properly. I’m really glad I did as the tension was crazy when I turned it through and I definitely would have matched them up incorrectly. 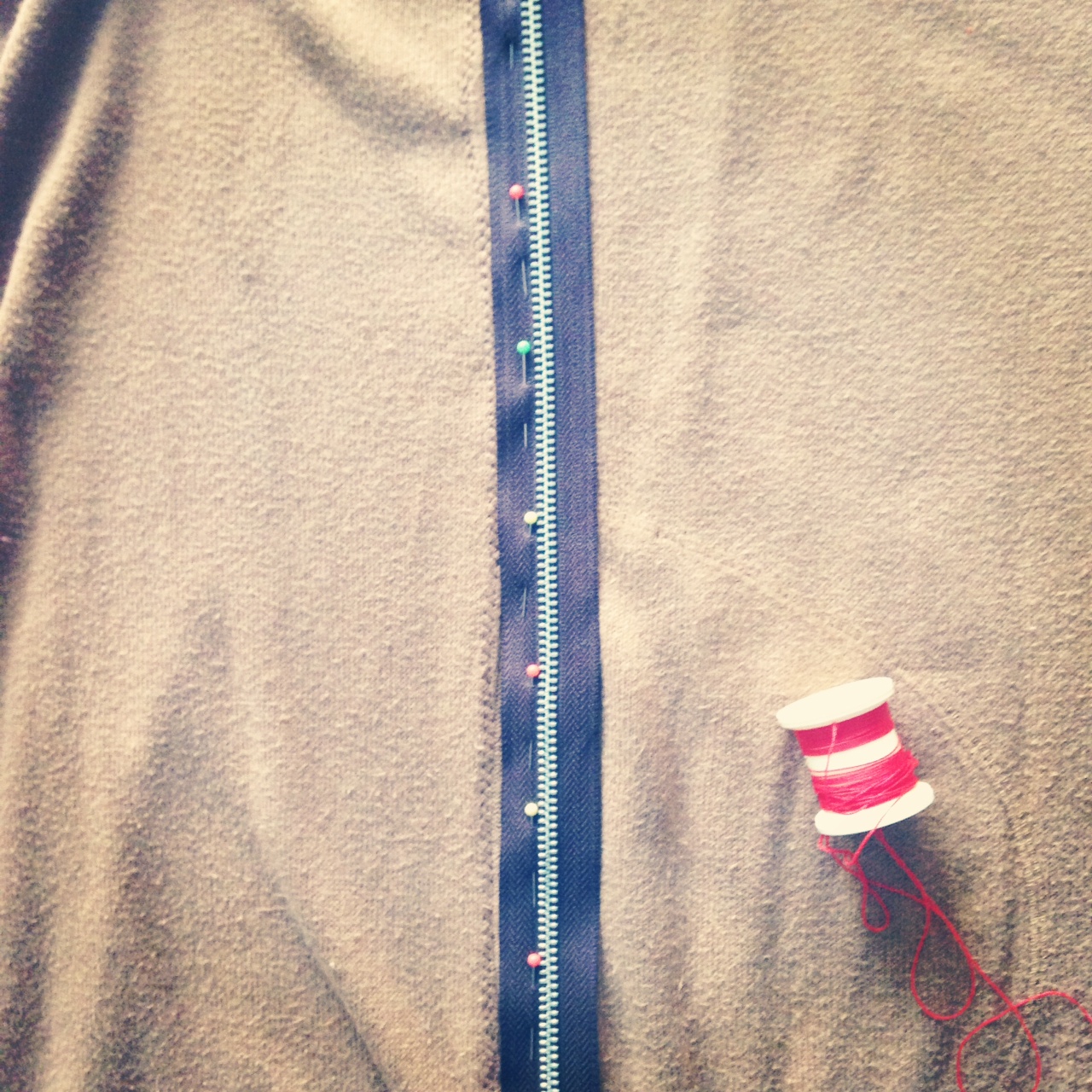 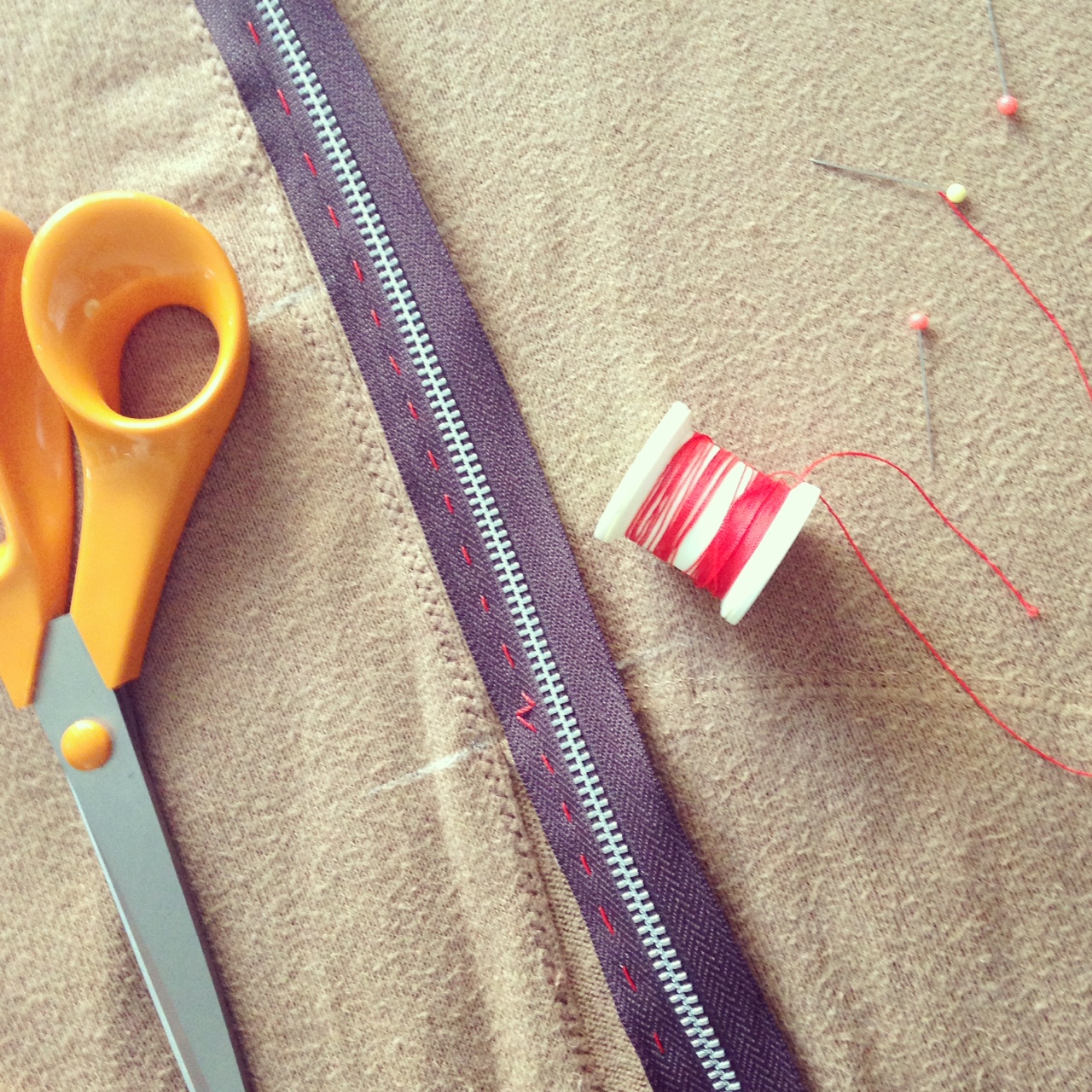 Then I sewed it down.  I cut straight down the dress (eek scary bit) just short of the zip length and pinned and tacked the other side. The second side was much easier, especially with the chalk marks to guide. Et voila!

James laughed when he came home to find me resurrecting the sack, but said it actually looks really good!  It’s turned it from a dress into a jumper, and you can see much more “shape” now.  I was tempted to put the other zip on the other side, but I think that will make it too “flappy”.  AND I’m now bang on trend for the next few months!! Triple win.