How Our Blue Reversible Polkadot Fabric Is Saving the Planet! 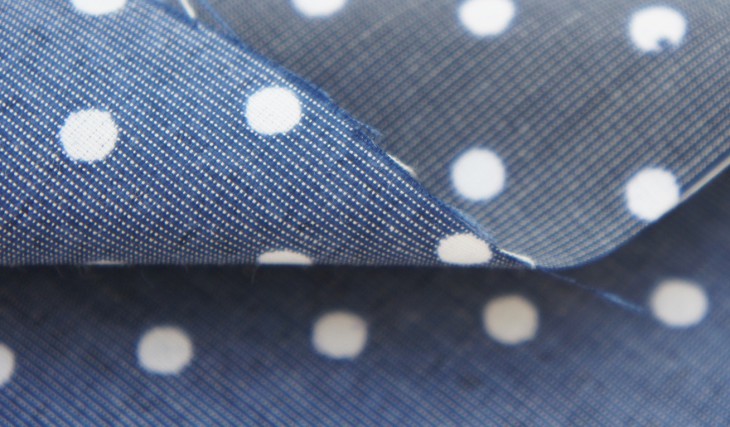 We’re so excited to introduce our new fabric:

What an absolute treat! This is a beautiful, reversible fabric, but the reverse side is subtly different – from a dark, blue grey to a lighter cloudy blue. Not only can you use it to make entirely reversible designs, but you can also use it for subtle contrasting trims (there’s nothing worse than badly coordinated reversible colourways). The fabric is lightweight and has a crisp feel, with a gorgeous drape and beautiful hold. It washes like a dream and is quick drying – barely any ironing needed. It’s also crease resistant.

So what’s the catch? Nothing! This textile was bought from a high-end designer who was throwing it away – and that’s what we’re all about. (That does mean, however, that there’s only a limited amount of it, so please do pick it up while it’s still in stock!) But what’s so good about saving a fabric from landfill – how can it possibly be saving the planet?! 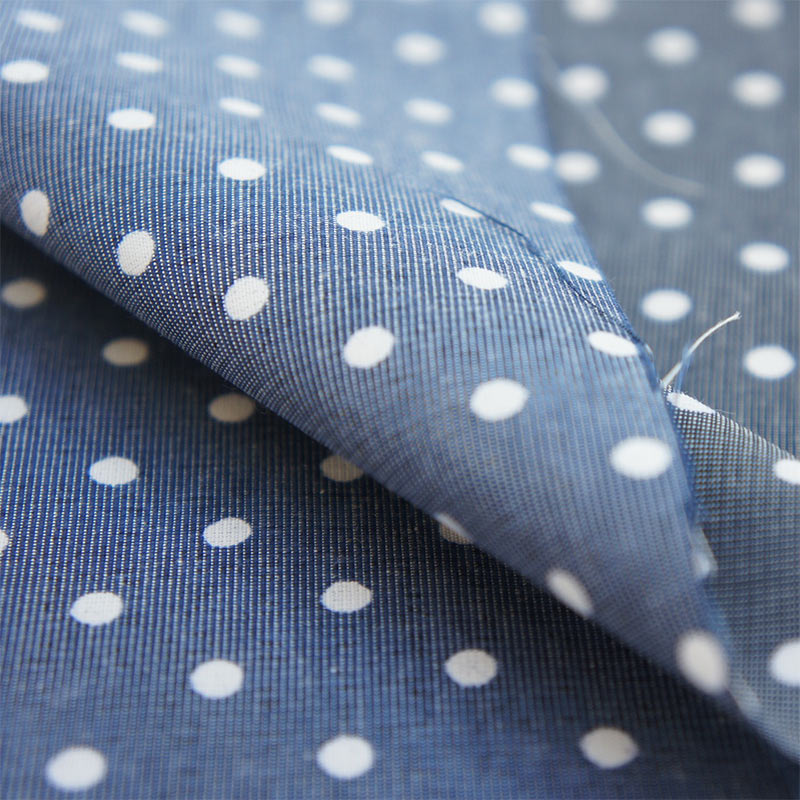 Why Should I Buy Reclaimed Textiles?

It is estimated that more than one million tonnes of textiles are thrown away every year in the UK alone. At least 50% of the textiles we throw away are recyclable, however, the proportion of textile waste reused or recycled annually in the UK is only around 25%.

What’s So Bad About Throwing Fabrics Away?

The fabrics we throw away end up in landfill.  Landfill sites threaten local groundwater supplies. Every time it rains, water drains through all the rubbish, picking up chemicals and hazardous materials, including chemicals used in clothing and textiles such as dyes and bleaches. The water collects at the bottom of the landfill, often in large amounts and can be up to 200 times more toxic than raw sewage.

[Tweet “Fabric in #landfill can be up 200 times more toxic than raw sewage!”] 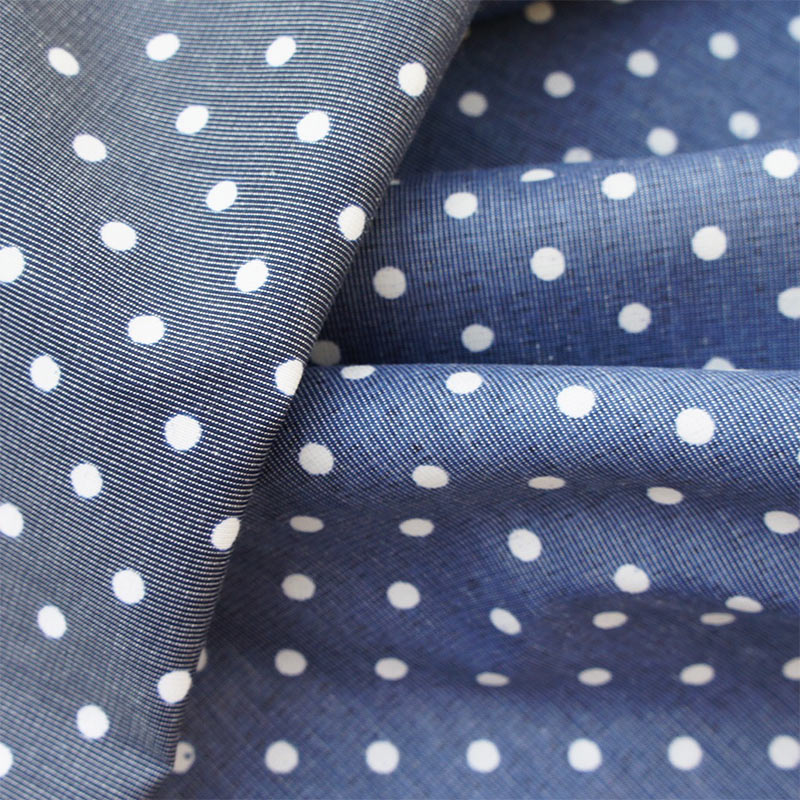 What Are The Environmental Benefits?

Do you you incorporate upcycled fabrics into your work? Let us know!

For more ethical sewing tips make sure you’re signed up to our monthly newsletter to receive more amazing blogposts from us! And please share the article using the tweet buttons throughout.