Can You Just “Be And Do”? GordanGlobe Show You How 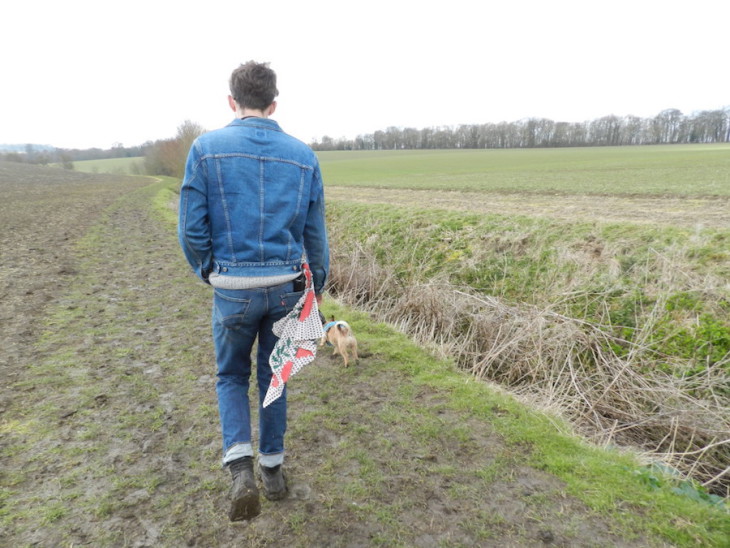 One of the best things about running Offset Warehouse is learning about and helping out exciting new enterpreneurs! GordanGlobe is no exception. Find out more about them from their creator.

Hello readers of the Sew Obsessed Blog, before I start, I want to invest words in thanking Charlie and Jaime for inviting me to write a post for you all.  I really enjoyed it, and hope you all enjoy reading it too.

My name is Richard Brookman. I am the founder of GordanGlobe; a team that aims to enthusiastically and industriously inspire and actively nurture the ability to ‘be’ and ‘do’ in every person we can reach.

Currently, this aim has manifested itself into the combination of first, a wearable item, “the Gordan 1215” – a 24 by 24 inch organic cotton voile square (sourced from Offset Warehouse). And secondly, the writing of a blog that shares: What it means and what it takes to organically be able to galvanise and nurture yourself and a group of people in achieving their maximum potential performance and generate an environment of love and trust. 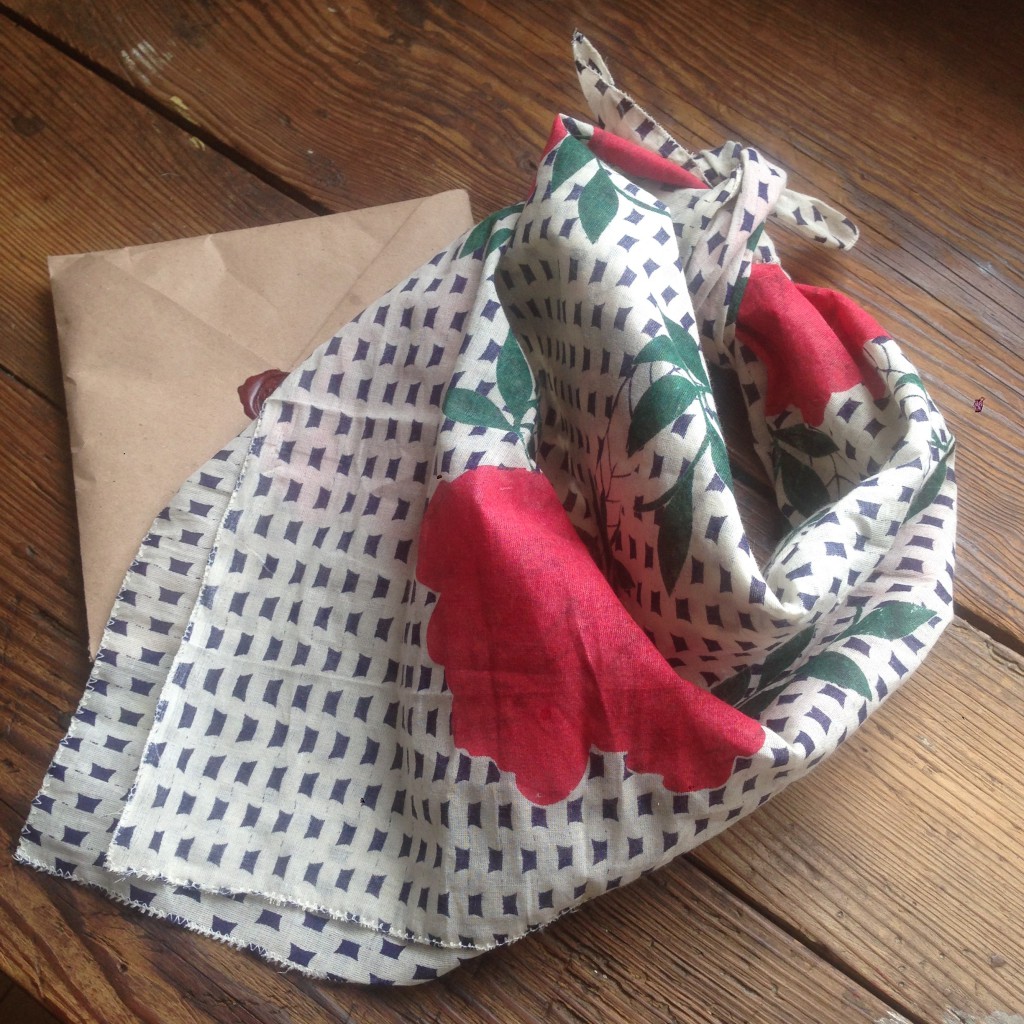 In this post, I’ll talk about the Gordan 1215; quick potted history, design breakdown and importantly for this site, how and why we came to pick the eco-fabric we did. Lots of stuff, not many words, let’s go!

I used to sit in my old marketing job, limited as to how much I could contribute creatively, at odds with the intentions of our clients and constantly questioning the culture to which I was subject as a member of that business.

I had a feeling that I could do something that was more creative and more positive for humanity right now.  Lofty thoughts maybe, but I didn’t have to wait long to try to action them.

I was fired (a moment for which I am tremendously grateful for a number of reasons) which made my decision to give this a go a great deal of impetus and a good dash of, “Well if this is going to happen, it looks like the time is now”. 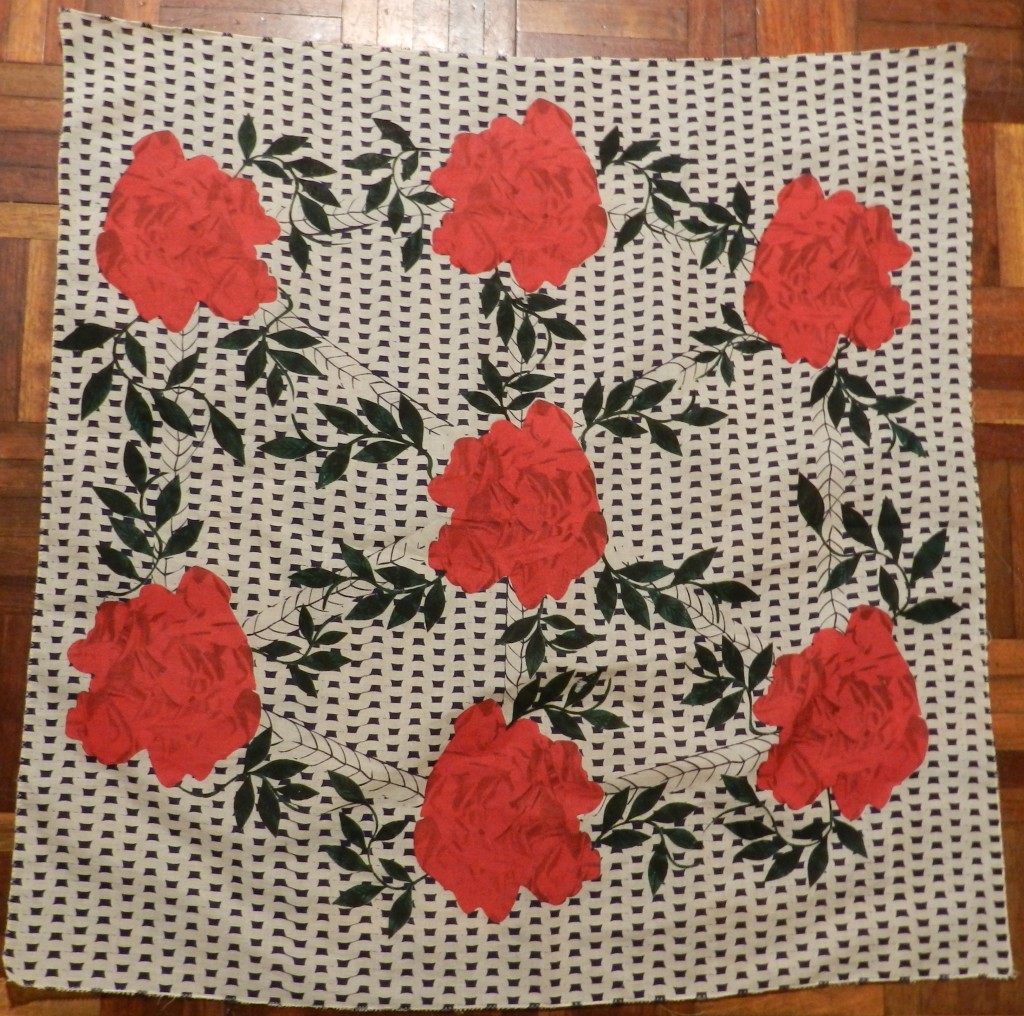 The flowers are, as we have coined them, jersey flowers. This is due to each petal being made from a picture of a different fold in an ice hockey jersey. The shape and shadows they create bring an organic, natural look, but also an inherently human one, having been taken from a man-made jersey. However, beyond that, and the aesthetic quality, I wanted a representation of character – human character.

Often in art human traits are represented by animals. A slightly perverse logic but as artistic concepts, people are seen as political and as such the animal tactic has persisted.

I don’t see animals like this. I see animals as purely survival instinct driven beings. Some are lovely to have in your house, some are really nice to look at, some are clearly predisposed to certain behaviours and some are best to stand a good few feet back from – but ultimately they are all survival instinctive motivated. As such, I needed to turn somewhere else for my idea of human “character”.

The ice hockey jersey segments come from the team I support, the Detroit Red Wings.

The way that organisation tries to positively affect people in the Michigan community and how they hold themselves to a near century long tradition of class and character. It’s symbiotic to the sport, in which the hockey players are intent on sacrificing themselves physically and mentally for each other. So instead of animals, this is where I turned for my “characterful” inspiration. 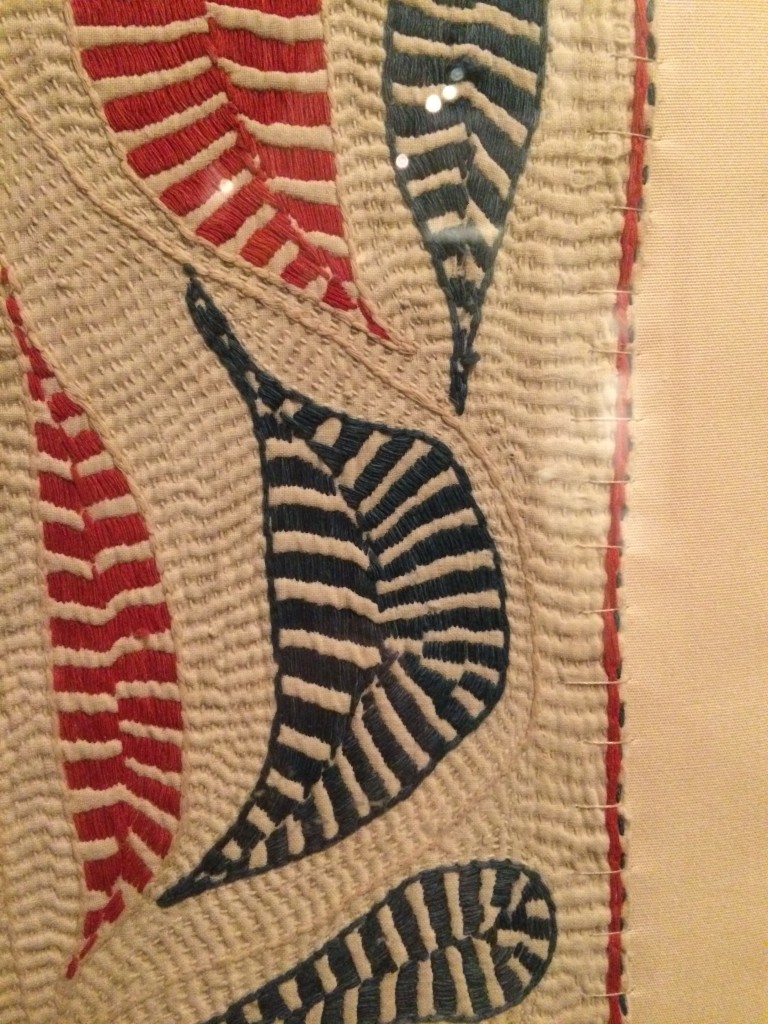 For the base, we have stayed with the undyed cream cotton colour, but put a knit interpreted design on it.

I was wandering round the India section of the V&A one day, looking at the big wall hangings and tapestries. Upon looking closely at one of them, I saw how the weave, and the thread had caused a regulating pattern of shape and shadow, and wondered whether anyone had tried to interpret that artistically before. 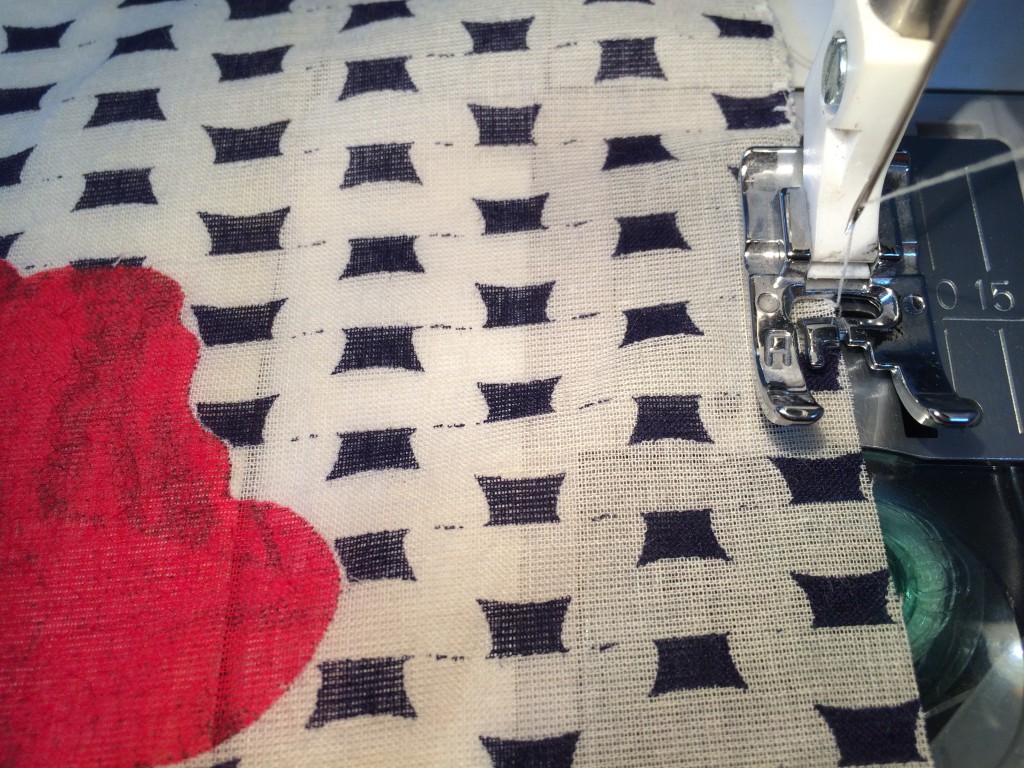 I finished the scarf with an overstitched edging, leaving the tufts of fabric from where it has been cut/torn to give each its own character and look.

To be as transparent as possible, there are two factors that act as filters for every decision we make, whether an overtly artistic, creative one or a something seemingly more fundamental.

To give an example, in relation to fabric choice, one of our values is:

Combined with the other values and aims, to believe in being completely honest, and then go and buy a fabric in which you don’t have any idea how the people who made it were treated and the kind of processes used (how sustainable/ethical they are) just doesn’t add up.

[Tweet “Using a fabric when you don’t know the people who made it & the processes used, doesn’t add up #talkingsense”]

When you know those things, I believe an ethically sourced, organic cotton was the only choice we could make.

This is one example of how having values, constructed in the style we will soon share in our blog, helps you in exciting number of ways.

We are both selling the Gordan 1215 and writing about values and the other things we mentioned earlier at www.gordanglobe.com

Thank you to Jaime, Charlie and the team at Offset Warehouse for all the support and expertise. Looking forward to meeting you someday, and learning even more about what you do and about eco-fabric in general.

Hope you have enjoyed my post and if you have any thoughts or want to reach out to me directly, drop me a message at [email protected]

Make sure you’re signed up to our monthly newsletter to receive more amazing blogposts from us! Tweet this article with the links below!