Can You Flush Tampons? No! Use A Fab Little Bag 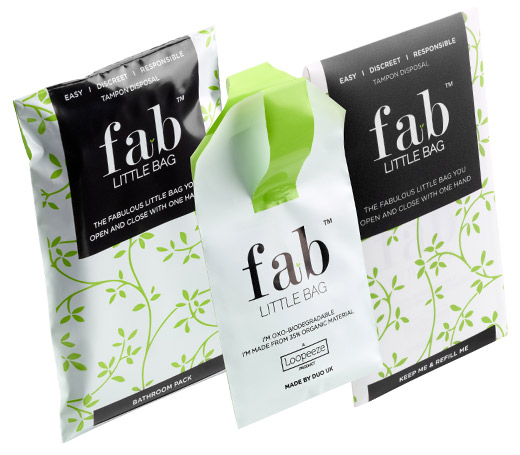 Do you know how much environmental damage flushing tampons down the toilet actually does? Meet my inspiring entrepreneur friend, Martha. She founded her company FabLitteBags, and her idea is so amazing you’ll think, “Ah! I wish I’d thought of that!” I won’t spoil the surprise… here’s Martha to explain her ingenious eco idea.

As we are celebrating Shakespeare’s 400th anniversary, a more modern question may be : “To flush or not to flush, that is the question”. Sadly, based on the hundreds of women and girls we have surveyed over the past 18 months, about 60% of us flush and only 40% of us bin in the UK.

[Tweet “To flush or not to flush, that is the question @FabLittleBag “]

What I have noticed is that whilst “Binners” are genuinely shocked that some people flush their tampons, the flushers are a little more complex. I divide these flushers into three categories:

1. You have your “Determined Flusher”. Frankly, they don’t give a damn about potential blockages or environmental impact. They have never had a plumbing issue and love the ‘convenience’ of flushing.

2. Then there are the “Guilty Flushers”. They know it is not a good thing to do buuuuut… a quick flush and it’s gone. The guilt is fleeting and therefore easily repeatable.  Also a factor for Guilty Flushers is that the alternative is ‘yuk’, awkward and has anxiety attached.

3. Then there are the “Gobsmacked Flushers“. They genuinely think that flushing is absolutely fine. In fact, that’s why they use tampons because “you can flush them. It says so on the packaging, right?” Er …no, not right. It does actually say NOT to flush and to bin your tampon on the packaging BUT it’s indicated on a very small diagram, often on the underside of the box!

Thankfully, I have met very few Determined Flushers.  Most are Guilty or Gobsmacked AND once provided with a discreet, hygienic and confident solution, a chunk of them are happy to change and give up their flushing ways!

Back to the Binners. They are already “doing the right thing” – hurrah! Most wrap in loo roll, some use nappy sacks (particularly mothers with younger children as they already have nappy sacks on their shopping list and in the house). Both of these methods have negative issues. Lets take each in turn:

Loo Roll– there is always that slight fear that maybe there is not enough loo roll to wrap up your bloody tampon properly. This is less of an issue in your own home but when visiting other people’s houses this can be a problem. Assuming there is plenty, the wad that you then deposit in the bin – OMG is there a bin?! – assuming yes, then the wad you deposit here is unsightly and can leave one feeling a little self-conscious as you know that your friend or mother-in-law or boyfriend or work colleague will be emptying the bin and “know”… Aside from the embarrassing, no-bin-running-through-the-house factor, everyone also seems to think that loo roll is ‘free’! Actually, it does cost money and using say eight pieces, four or fives times a day for five days a week every month gets through a fair chunk. Based on standard Andrex loo roll it actually costs an additional £1! 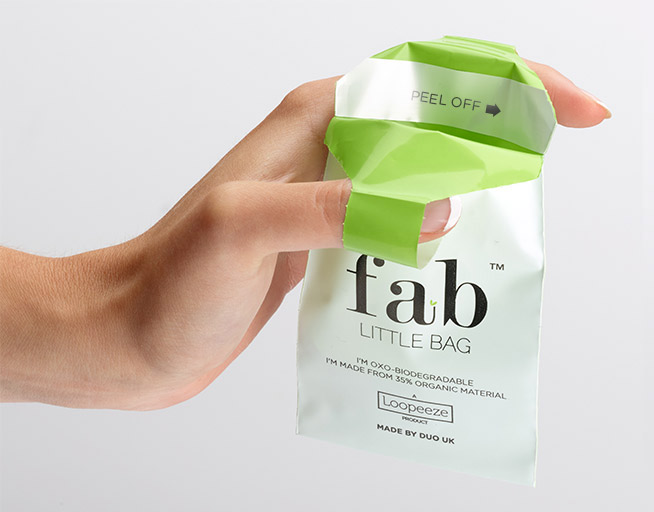 Nappy Sacks– Much of the same issues ring true for nappy sacks. In addition, they are usually the super cheap 100 for £1 ones which are “bad” plastic and simply add to landfill and take 100+ years to start to degrade. Oh, and then there’s the requirement to pre-prepare the sack with two hands, tie up and then squeeze the air out, just to be able to see exactly what’s in there as the warm and moist tampon clings to the virtually transparent plastic – yuk!!

So to FabLittleBags! Well, as I sat on my own toilet hating the loo-roll-wrap, I felt that there must be an easier, more environmentally friendly, hygienic and discreet solution. There wasn’t… but there is now!!

FabLittleBags are made from 35% organic material. Currently this material is sugar cane waste – it could be from corn starch in the future. They are biodegradable in approximately 12-18 months when in landfill.  The best part? They finally provide women and girls with a handy, hygienic and discreet solution that allows confident disposal every time, wherever you may be. 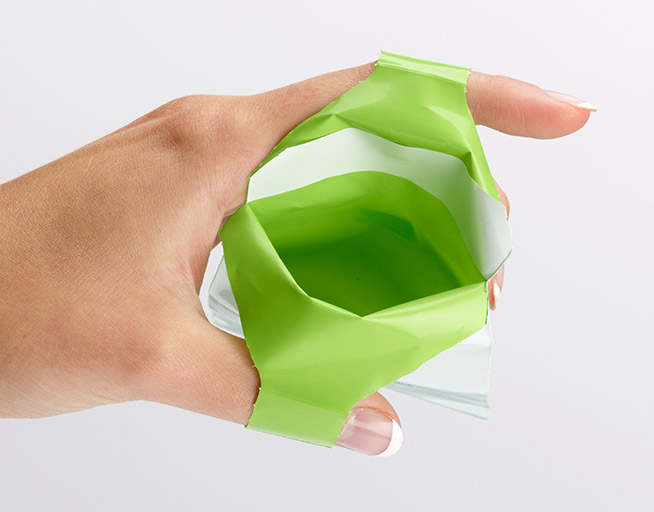 •    Severn Trent Water, just one of the UK ‘s Water companies, has 55,000 blockages every year.
•    Collectively the Water Companies spend £88m on blockages
•    Flushing non-flushables such as tampons, nappies (I know!!), condoms, cotton buds, razors etc is the cause of most of these blockages. (Pouring fat down the sink is a major problem too people!!)
•    There are 10m tampon users in the UK, approximately 60% flush, that is 1.6bn tampons hitting our sewers, a chunk of which get stuck or, when the sewers flood, get into the rivers and end up on our beaches and in the ocean.
•    In 2009, The Ocean Conservancy’s International Coastal Cleanup project collected 20,000 tampon applicators.

There are a growing number of alternative to tampons and pads; the Mooncup is probably the most known, but there are many versions and makes of these now.  There are also sea-sponges that can be used. Both of these methods are the crème-de la crème from an environmental perspective and I applaud all those who use them. Personally, they are not for me and I love the convenience and ease and hygiene of tampons. Clearly, organic cotton is best, but at the end of the day it is what works for you, what is comfortable and what is affordable.  We are lucky as we do have many choices unlike most of the worlds female population…

My mission is to provide those binners who would like an easier, hygienic and discreet solution with just that; to let flushers out there know that a much better disposal solution now exists so that maybe a chunk of them come over to the “light side”, and importantly to simply take away the angst. All the stress around “will there be a bin?”, “Is there enough loo roll”,  “Will the blood seep through”, “I need to smuggle it out and put it in my handbag until later without being seen” etc. Life has enough stress that disposing of sanitary items really should not be on that list!

Are you excited to change your ways? To get you in the binning spirit Martha’s giving away this incredible set of goodies – you’ll never have tampon worries again (until they run out and you need to buy more of course)! Like and comment on our Instagram post below (which you can find on our Instagram page) to win:

One Bathroom Pack of 20 FabLittleBags

One Bathroom Handbag Pack of Five

One lucky Sew Obsessed reader will be winning the lot!! Go on, support her amazing venture and get involved!

Make sure you’re signed up to our monthly newsletter to receive more amazing blogposts from us. Tweet this article with the links below.

[Tweet “Did you know how much #environmental damage flushing #tampons down the toilet does?”]